How to hire a Hybrid Mobile App Developer 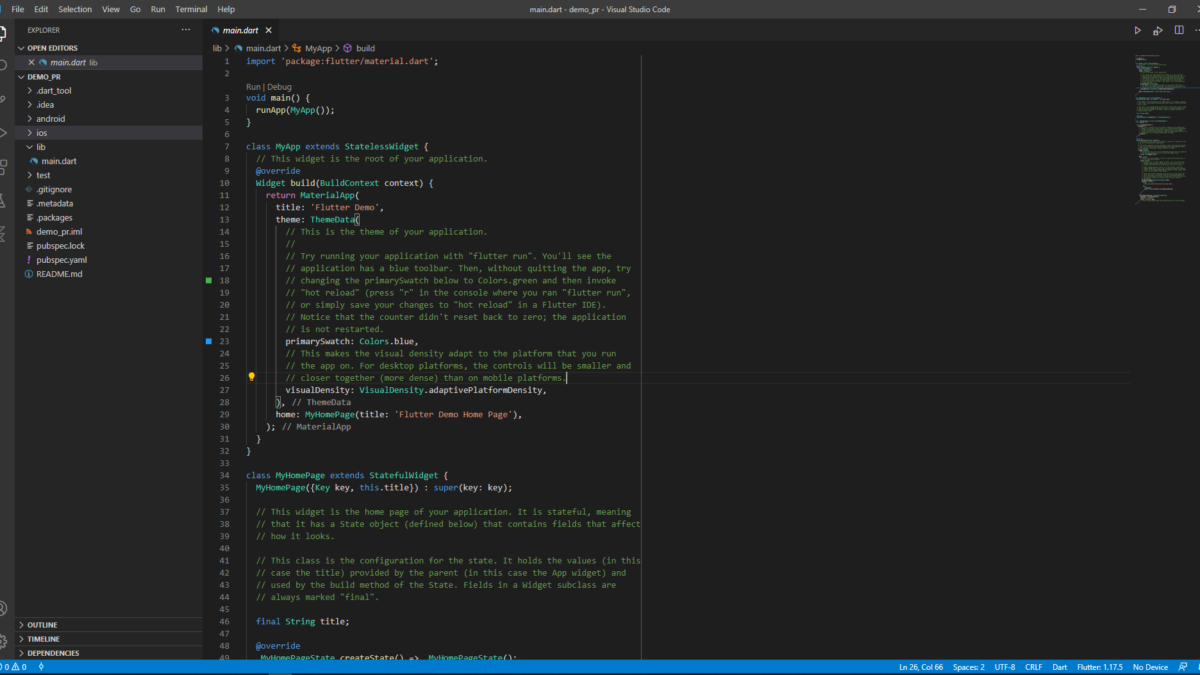 1. What is flutter framework?

Flutter is a free and open-source framework which is used to build android, iOS and web based application with only one codebase. Flutter was developed and published by Google in May 2017. Flutter uses Dart as a programming language and one can compare Dart’s syntax to JavaScript.

Everything in a flutter is a widget. Flutter gives us overabundance of widgets for buliding rich user interface with powerful functionalities. Widgets are the fundamental building blocks of a Flutter app’s user interface. A widget can define a structural element (like button or menu), a stylistic element (like font or color scheme), an aspect of layout (like padding) and so on.

3. Why to choose flutter as a framework for android/iOS development?

Choose flutter as a framework for any building any projects because by using it one can develop mobile applications in very short time. Flutter provides ready-to-use components and third-party library for building a mobile application. By providing the high-quality and customized range of widgets flutter creates a mobile application in very less time compared to native application development. Flutter is fast compared to other framework. In flutter the rendering runs at 60 frames per second and 120 frames per second (fps) for capable devices. If fps is higher, animations and transitions will be smoother. Application developed using flutter can access specific iOS and android APIs by communicating through platform channels.

4. Why should you learn flutter framework?

For the following reasons one should learn flutter framework: i. It is simple and easy to learn than other mobile development framework like react native, etc. ii. Flutter comes with a feature called hot-reload by using which one can see the result in real-time after making certain changes in the code. iii. For every new technology to grow efficiently it needs to have a good documentation and flutter has it. Click here to check the documentation of flutter. iv. Flutter has a growing community and that growing community is creating various plugins for advancing flutter development. v. Flutter is compatible in both the IDEs i.e. in android studio and in visual studio code. vi. If you want to do freelancing work than you should think of start learning flutter. 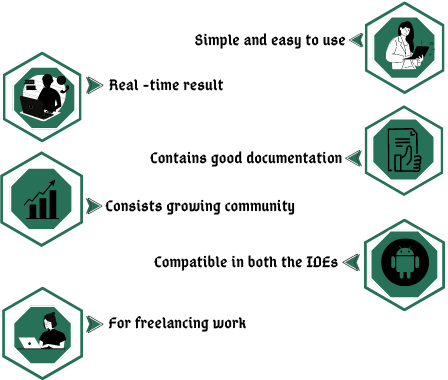 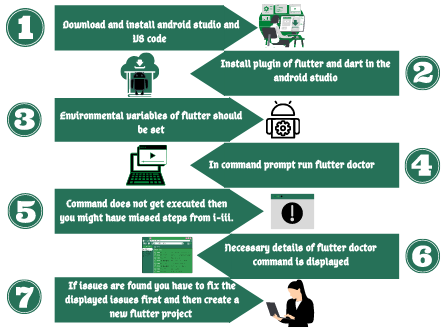 7. Explanation on the concepts of widgets and layouts

8. Explanations of the comman widgets used in flutter